The Bairdwatson trustees will meet again to consider grant applications in May 2021. We are now welcoming eligible applications for this round of funding. Our deadline for completed applications is Friday 16th April 2021. If you are unsure of your project's eligibility, please contact the assessor to discuss.

The Bairdwatson Charitable Trust provides grants to registered charities in Scotland for work relating to training for employment, employment support and vocational skills. It is particularly interested in employment and skills training for young people who are unemployed, and in re-training and support for unemployed people to get them back into work. The Trust may also fund organisations which are not registered charities but which carry out charitable work. These might include social enterprises and similar community organisations.

If you think your organisation would be eligible, please contact the Assessor in the first instance to discuss.

This is Dynamik Widget Area. You can add content to this area by going to Appearance > Widgets in your WordPress Dashboard and adding new widgets to this area.

Background & history of the trust 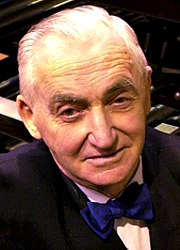 John Neil Bairdwatson was, until his death, the managing director of Caldervale Engineering Services, based in Airdrie, a business which had been established by his late father and which Mr Bairdwatson had been involved with most of his adult life. He had many long serving employees and he wished to protect their employment in the event of his death.

From this initial motive, and Mr Bairdwatson’s long standing commitment to manufacturing employment, he developed the idea of establishing a Charitable Trust, to which he would leave his shares in the business and which would place particular emphasis on encouraging education and employment.

Mr Bairdwatson had links with both Airdrie and Ayr in Scotland and with West Bengal in India and he wished the Trustees to have particular regard to the needs of the communities in those areas.

Unfortunately, Mr Bairdwatson died before the Trust could be established, but his widow, Mrs Philomena Bairdwatson, established the Trust after his death, in the terms envisaged by her late husband. The first grants were made in 2011.